Posted by: muzala@gmail.com in Conferences, Partners, Synod News May 10, 2018 Comments Off on Council for World Mission Comes to Zambia 3252 Views

The Council for World Mission International General Secretary (CWM), Rev. Collin Cowan graced the CWM Africa Region Assembly and Youth Conference whose theme was “Healing Relationships. Hoping for New spirituality”. This took place in Lusaka, Zambia from 3rd to 9th April 2018 and was considered a success. It gives the United Church of Zambia (UCZ) confidence that they are capable of hosting many more of such events this being the first to host.

Rev. Cowan who originates from Jamaica is currently based in Singapore where the organisation’s Head Offices are. At the event, he was officially called upon to address the CWM delegates and UCZ members who attended the service held at St Matthews Congregation in Lusaka by UCZ General Secretary Rev. Dr Peggy Mulambya-Kabonde.  His presentation that was tailored to unpack the theme of the Assembly of Healing Relationships, Hope for a new Spirituality. It touched on many areas but also giving tribute to the late Winnie Madikizela Mandela as a great personality.

The presentation proposed that relationship was at its best in the creation narrative where God’s creative activity is described as the relationship between God and the creation, between nature and humanity and between one human being and another. He also explained that the brokenness being experienced in relationships today was an act of cheating on each other, and also that healing relationships was spiritual.

Meanwhile, the Youth Conference took place for a day and thereafter the Assembly followed with both youth and other delegates staying through the whole time. The event saw representatives from the participating countries including South Africa, Botswana, Zimbabwe, Malawi, Madagascar, Mozambique, Nigeria and Zambia).

The Youth Conference deliberated on the same theme but from the Youth Perspective. The second day was much more of an adventure dubbed ‘Immersion‘ in which delegates were exposed to UCZ life and work. Among some of the mission, areas visited were the New Synod Office and Investment Complex in Woodlands, St Pauls Women Centre, the Lusaka PresbyteryBishop’s Office, as well as the St Paul’s Congregation Minister in charge. The delegates were also warmly welcomed by the Women Christian Fellowship (WCF). Particular attention was given to the lodge, the Peanut Butter Making Project, hospitality school and the tailoring where different products were showcased. 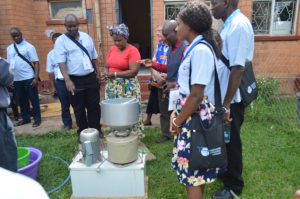 The delegates were impressed with what they saw from their UCZ counterparts in terms of being missional congregations. And pledged to replicate the same in their home countries. We need to take this back home to inspire our members too” Said one of the Delegates.

The delegates were thereafter visited the United Voice Radio Station before heading to Kafue Boys Secondary School where they had an opportunity to visit the Secondary school, the Health Centre and the Chapel. The School Deputy Head Teacher shared on the school’ excellent performance rate of 100% achieved over a period of 5years.

A debriefing was done at the Prince Charles Hotel conference Facility. Other activities fell through accordingly for the days to come with various presentations coming from members of the delegation and group work being a frequent activity.

Later on, a brief background of UCZ was given, giving a detailed account of how it has evolved into the Missional Church, mentioning some of the currently running projects and the past ones. This particular presentation highlighted the way of life of the church, evangelism and discipleship, teaching and training, youth exchange program, spouses mission educational tour and much more information.

A chance was accorded to each of the participants to attend a Sunday service at different Churches around Lusaka. “It seems most of the UCZ Church Buildings are large! This is good. Whats more admirable was how more of your youth are interested in participating in church programs, back home very few of them take part unless the older people” one of them remarked.

To bid farewell, a cultural night was held where special local traditional dishes were saved and traditional dances from a group called Amaombe cultural group entertained the guests. A Choir group from Bethel Congregation in Linda Compound was also present to give the event a Gospel yet local Melodious touch. 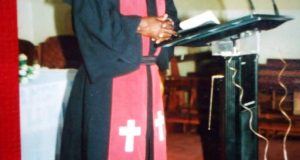 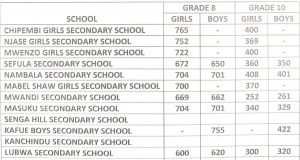 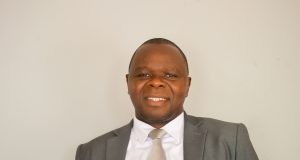