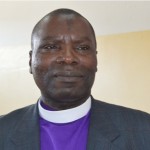 Bishop Mulubwa will be one of the speakers during the Golden Jubilee celebrations at Heroes Stadium. In May 1999, he was appointed Acting Bishop for Northern Presbytery by the Synod Executive and elected Presbytery Bishop early in August the same year, the position he held until his appointment as Acting Synod Bishop from May 15, 2005 to June 10, 2006. He was elected Bishop at the 2008 Synod and he was re-elected at the 2012 Synod and will serve out his last term by June 2016