Methodist Conference Calls for Support to Ministers In Ill Health

Posted by: Lee Muzala in Synod News August 3, 2013 Comments Off on Methodist Conference Calls for Support to Ministers In Ill Health 4635 Views 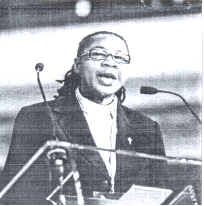 The World Conference of the Methodist Church  took place in London from 5th to 11th July 2013. In attendance were Methodist Church leaders, and overseas and ecumenical delegates from all over the world. The United Church of Zambia was represented by the General Secretary, Rev Peggy Mulambya-Kabonde.

Perhaps the most significant debate of the Presbyteral Session (formally the Ministerial Session) of the Conference focused on the report on Supporting Ministers in Ill Health. Introducing the report, the Rev. Jenny Impey (Chair, London) observed that while George Herbert, the 17th century priest and poet noted for his pastoral care, lived and worked in a profoundly different environment, the essence of pastoral ministry remained unchanged. However, the context is different and the range of people whom God is calling to ministry is diverse. She suggested that every one has heard “bad stories”. The question is, “How do we prevent the problems?” There is need for a conversation about what ministry is and what work is for a minister. “It is acceptable to say that all that matters is God, myself and my ministry.” There was, she said, a need to ask what people’s expectations are for ministry. 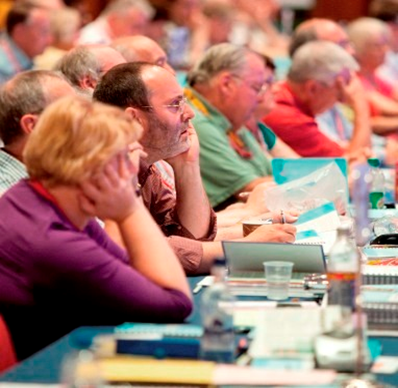 Tony Tidey (Connexional Wellbeing Officer) presented the report, highlighting the key points. There was a need, he said, to start looking at what is a healthy circuit environment and what is a healthy ministry; at what it means to be personally resilient; what healthy working practices might be; what happens when relationships break down or when people are reluctant to agree they are ill.

The Rt. Rev. Peter Stephens (Cornwall, attending at own expense) said that there was much to welcome in the report, which showed humanity and sensitivity. He was concerned that many candidates for ministry seemed unaware of the difficulties which they might encounter. Special cases can be made at the point of candidature which create difficulties for 30 to 40 years of ministry. He felt that there should be minimum standards for candidates, psychologically and emotionally.

The Rev. Mary Austin (Wolverhampton and Shrewsbury) had conducted much research into clergy stress, concluding that ministers do something that is stressful. It was important that ministers developed coping strategies for when things are getting tough. She urged ministers to develop such strategies.

The Rev. John Howard (Chair, Wolverhampton and Shrewsbury) told the Conference that he remained uncomfortable about  references in the guidelines to the numbers of hours and sessions to be worked by ministers. “I recognize that we do have within our ministry some bone-idle ministers,” he said. So there was a danger that reports that were valuable for ministers who would over-work can be misused by those who did not want to pull there own weight. “Some work energises us, some drains us; we must have a balance. It is not the hours that are the most crucial thing; it’s what we are doing.”

The Rev. Martin Turner (Conference-Elected) expressed concerns about a “healthy working environment” and about stress on ministers. For 36 years, he had kept a

weekly timesheet and in reviewing them had found that he had done less work when unhappy and stressed.”  The situation is more important than the time we put in,”  he said. Ministers should ask for more advice as to what to do at an early stage of a colleague’s illness, without looking as if they are disloyal to that colleague. 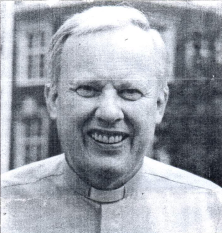 The Rev. Kenny Howcroft (Overseas Service) drew the Conference’s attention to a new phrase in the ordination service: “These things are your common duty and delight.” He believed that the previous version send demands which only a super human could fill. The context of ordained ministry is the ministry of the whole people of God and the responsibilities of ordained ministry are collegial. “The loneliness of the long-distance minister should not be unknown among us.” He stated that discipleship and discipline come from the same root and it was worth exploring that relationship. “The Church needs to have a discipline with how it deals with the gracious offer of discipleship. Health starts to come from gracious ministry, from whole Church living by grace.”

Responding to the debate, Rev. Jenny Impey assured the Conference that some resources to help the Connexion engage with the issues raised in the report would be rolled out. She stressed that guidance on the ministers’ holidays and working hours are not based on work legislation but on health and safety legislation. “Some may be able to do more, and we rejoice with you” she said. “But some of us can’t: does that make us lesser ministers?”

Closing the debate, Tony Tidey said that as a Church, Methodism was struggling about how it supported people with ill health and disability. Society was struggling too. “We get it wrong sometimes; we have to make incremental steps and work them through prayerfully.”