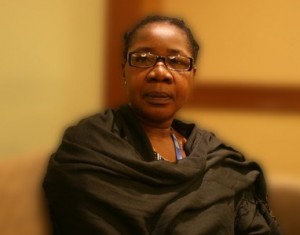 Brothers and Sisters, l do not take this privilege of addressing you lightly, for in all essence this is a heavy and humbling task to do. I personally feel a sense of this heaviness especially with the realisation that the CHURCH is both visible and invisible. The realisation that the CHURCH MILITANT and the CHURCH TRIUMPHANT is in a real sense ONE CHURCH. In this celebration we will be joined and surrounded by the invisible corporate body of saints both scattered all over the world and those of the triumphant church. This being the case, as l address you lam an embodiment of all the past Synod Clerks and General Secretaries of the United Church of Zambia since its inception on 16th January 1965, both the living and those who have gone to be with the Lord.

I feel a sense of heaviness because among all, l might not only be the youngest of all but also the first duly elected female General Secretary to be in their shoes. Therefore, as one you have charged with the administrative aspect of the Church, l will address myself to where we are coming from, were we are and where we are heading to in the next 50 years

WHERE WE ARE COMING FROM: OUR PAST

Our Spiritual Father, His Grace the Right Synod Bishop Mutale Mulumbwa addressed all the members of the United Church of Zambia last year in a pastoral letter dated           inviting each one of us to a series of celebrations at various levels of the church, leading to this main event which we are about to witness and be part of.

The United Church of Zambia has, since her birth on 16th January 1965 (following the merger of the United Church of Central Africa in Rhodesia, the Methodist Missionary Society, and the Paris Evangelical Missionary Society  of Barotseland), been a peculiarly ambivalent body. At the time of the union in 1965, Zambia’s population stood at 4 million and it was estimated that a quarter of the population or 200,000 people were members of the UCZ.  The Church has now grown from four (4) presbyteries [Northern, Copperbelt, Lusaka and Western] to ten Presbyteries [Central, Copperbelt, Eastern, Luapula, Lusaka, Muchinga, Northern, North-Western, Southern and Western], and the total membership now stands about 2 million with over 1060 congregations.

WHERE WE ARE: OUR PRESENT

The Vision of the UCZ is:  “The total salvation of humanity with spiritual restoration and physical well -being fully reconciled in Christ, the only saviour”.

The Mission states that: “The UCZ is committed to spreading the Good News of salvation to the Zambian people and all nations in fulfilment of Christ’s mission in the world”.

This is a time to reflect on, and appreciate the Grace of God, in keeping the UCZ truly united and also to count the blessings resulting into the growth of the church both numerically and spiritually.  Since her birth, she has been in but not of this world. She has been a foreign body in the world. She fits nowhere. The Old and the New overlap in her. She is too early for heaven and too late for the earth. She is a sign of the coming age and at the same time a guarantee of Christ’s coming. She lives on the borderline between the “already” and the “not yet”. “She is a fragment of the Kingdom, God’s colony in man’s world, God’s outpost and bridge head” (David Bosch).

Seen through the eyes of the world she is usually under suspicion, disreputable and shabby; in the light of eternity she is a mystery. The resurrected Christ breathed His spirit into a very earthly and common group of people – thus the UCZ became an inseparable union of the divine and mundane. Sometimes the one aspect is more in evidence, sometimes the other. We can be utterly disgusted, at times with the earthiness of the UCZ, at other times we can be enraptured by the awareness of the divine dimension in the UCZ.

“Usually, however, it is the ambivalence that strikes us: The UCZ as a community of people – good people, weak people, hesitant people, courageous people – on their way through the world, dust – stained but somehow strangely illuminated by a radiance from elsewhere “(David Bosch).

She is the new ethnic, not a nationalistic, or international thing, but ONE NEW PERSON (Eph 2.11 – 22, 1 Cor 12.13), the new creation – Body of Christ. She is an alternative community the messianic community, the single “New humanity” in Christ, who has broken down the dividing wall and has in the history of this nation reconciled Jews and Gentiles “in a single nation through the cross”

The United Church of Zambia as an new alternative community is not only a product, but also an agent of Mission through our health and education institutions and other community programmes. We are a distinctive community offering an alternative Salvation for the lost, Liberty for those in bondage,  unconditional acceptance for the unacceptable, Healing for the sick, Joy for the sad, Hope for the hopeless, Voice for the voiceless, and Conscience for the dead consciences. This is who we are, and this is why we do what we do.

THE JUBILEE CELEBRATIONS: OUR FUTURE

I want now to put it on record that we had our grand National March Past that was hosted by Lusaka Presbytery to Launch the beginning of the celebrations on Sunday, 19th January, 2014, it started from Plot 8, Mosi-O-Tunya Road (the new Synod Investment Complex site), near Woodlands Shopping Centre, at 08.00 hours and it ended at St. Paul’s Church in Kabwata where a Worship Service was held at 09.30 hours. The Zambia’s first President Dr Kenneth David Kaunda was the Guest of Honour. It was uplifting to see in attendance most of our Political leaders both in opposition and government. This was followed by nine other Presbyteries will hold their March Pasts on 2nd March, 2014.

These launches all UCZ members and well-wishers were invited to join in the Golden Jubilee Countdown Celebrations beginning with Congregations, Consistories and the Presbyteries on .

And it is our prayer in this dispensation to continue with the task of developing people for such meaningful contribution. Over the past 50 years  there were times when we as the UCZ  were “knocked down “ but we were not “knocked out” because we believe and accept that “Jesus Christ is Lord” and with this as our inspiration and protection we will face  the trials  and tribulations of the next 50 years  with confidence.

I therefore warmly welcome each one of you our dear members to this life’s time event which God in his mercies has graciously allowed us to be part of.  Special welcome is extended to you our Brothers and Sisters from our overseas partners for being therefore for us, surrounding us with your love and support. Feel at home because some of the graves of your forefathers and mothers also lay here. I humbly plead with each one of you to fully participate in these celebrations  as they not only in honour of those who men and women who laboured for their God but will entirely be centred on God’s goodness and grace to the glorification of His Name.  It is my earnest prayer that each one of you will find fulfilment as you seek His will to be done in your lives and the lives of those around you.

In conclusion, I wish to thank all the Church Workers, both serving and retired, for their commitment to their calling to serve God even in the most difficult circumstances.  I also wish to thank most sincerely our partners and all the members of the United Church of Zambia for their inspiration and support to the Church, because without the members, there would be no UCZ to talk about.