Mr. Kalumbi said the four learners will be accompanied by two teachers, one from each school.

He explained that the program which has been running since 2013 was suspended in 2020 for two years due to the COVID-19 pandemic but has since resumed with the program expected to run for three weeks from 6th September to 24th September,2022.

Mr. Kalumbi who is also Kafue Boys Secondary School Headteacher emphasized that while the exchange programs centers on academics, the students will also be exposed to different cultures and traditions.

He said the learners were selected among the best ten performing students and later subjected to an aptitude test which saw the best two selected for the program.

“Our criteria of selection are based on learner performance and this year from Kafue boys we have grade 10 and 11 pupils selected,” he said.

And Costain Gambwe, one of the teachers selected to accompany the pupils said he was delighted that his dream of flying out of Zambia was becoming a reality.

Mr. Gambwe disclosed that in 2019, his name had been selected to travel to Germany the coming year but he could not travel because of the COVID-19 pandemic.

“When the pandemic hit, I was told we could not travel any longer but I never lost hope that one day I will travel, I kept the faith and to the glory of God, this year I was informed that the program has resumed and I am the one to travel, I am very excited,” he said.

He also expressed confidence that once he returns from Germany, he will be able to replicate the theory of geography learnt in Germany in the Zambia context.

“Geography is one of the most complex subjects in the Zambia curriculum and I would like to learn how our friends in Germany are teaching this subject to the learners, he said.

For Mapalo Mulwanda, a grade 11 pupil at Kafue Boys Secondary School, flying in a plane at his age is an achievement worth celebrating.

Mr. Mulwanda said he could not believe it when he emerged among the best two after writing an aptitude test.

“The competition was tough, we were the ten of us and they just wanted two, but I am glad that I emerged victories and got the opportunity to go to Germany,” he narrated.

He promised to go and market Zambia’s heritage and tourism potential while in Germany.

Meanwhile, Emmanuel Ludaka, a grade ten pupil has encouraged his fellow pupils at Kafue Boys Secondary School to work extra hard in their academics so that they can benefit from education exchange programs such as this one.

Mr. Ludaka also thanked the school and the United Church of Zambia for having initiated such educational exchange programs between Zambia and Germany. 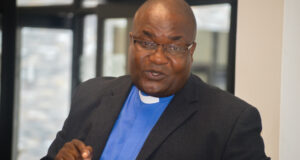 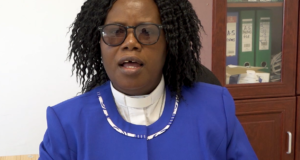 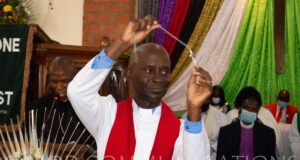